It’s been over 100 years since Charles Cotta patented a couple of devices that hardly anyone knew about, or cared about at that time.  Four-wheel drive and four-wheel steering, whose patents were applied for in 1900, were only one step in the developments brought about by Cotta. Charles Cotta revolutionized the automotive industry before it began.  He had no experience in the mechanical trades prior to his self-introduction to the “horseless carriage”.  Charles Cotta learned from the ground up, working from scratch without the benefit of a machine shop background.  Charles Cotta had a vision to have an automobile that could travel successfully in all seasons and under all roadway conditions.  The vehicle needed to have the ability to raise itself out of mud-holes and ruts, handle obstacles, and be guided over rough and uneven surfaces without jerking the steering lever out of the driver’s hand.  Those visions drove Charles Cotta to design, patent and build a vehicle that could overcome all of those challenges.

The experiments and trials of Charles Cotta helped make possible the versatile four wheel drive commercial carriers that are so much a part of today’s transportation.  Cotta Transmission Company operates with the same vision and principals and continues to be a leader and driving force in transmission gearboxes worldwide. 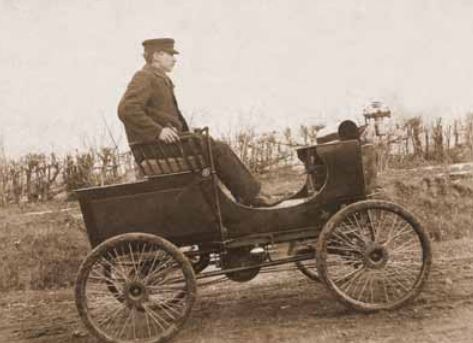